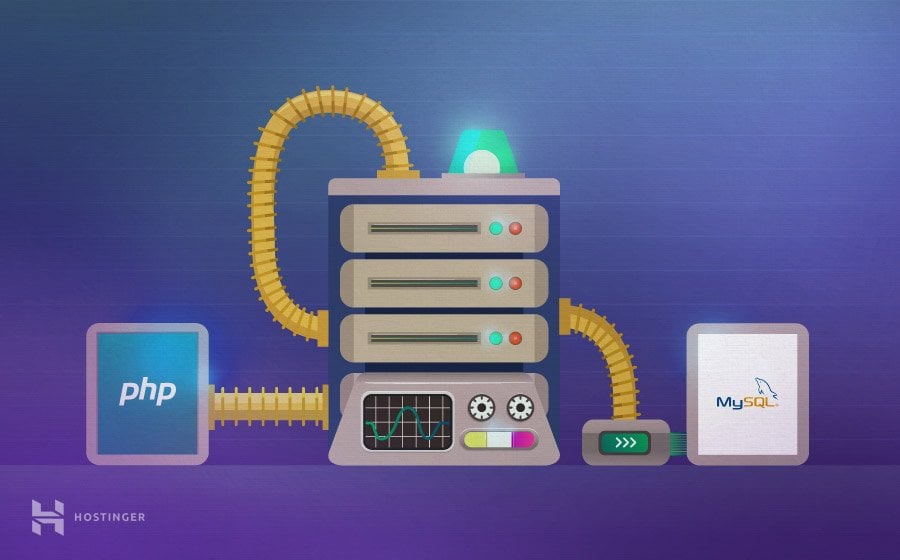 How to Use PHP to Insert Data Into MySQL Database

In this tutorial, you will learn how to start managing a database from your PHP scripts. You will learn how to use PHP to INSERT into MySQL database. Before proceeding, you should check out our other tutorial which covers the most important step of working with PHP and databases – connecting PHP to a database.

Before you begin this guide you’ll need the following:

First of all, we have to create a table for your data. It is a very simple procedure that you can do with phpMyAdmin, which is located your hosting control panel. We already covered the process of creating MySQL database in the previous tutorial, so it will be skipped here.

After entering your phpMyAdmin page, you should see something similar to this:

We will create a table named Students for our database u266072517_name. You can create a new table by clicking Create Table button. After that, you will see this new page where you can enter all the needed information for your table:

This is the most simple setup that you can use for a table, for more information regarding the structure of table/database and what kind of settings you can use with those columns, refer to the official documentation of phpMyAdmin.

For now, here are a few simple explanations of the columns that we used:

First of all, you should establish a connection to a database based on our previous tutorial. After that is done, we can proceed with the SQL query INSERT. Here is a full example code with the basic connection and insertion methods:

So the first part of the code (3 – 18 lines) is meant for the actual connection to the database. We will not go through this part again, if you wish to know what each line of code means, check out our previous how to connect to a database tutorial.

This is the most important line of our code, it does everything we want to learn in this tutorial – inserts data into MySQL database. The INSERT INTO is a statement which adds data into the specified database table. In our example, we are adding data to the table Students.

Going further, between the brackets, we have table columns specified to which we want to add the values: (name, lastname, email). Data will be added in the specified order. If we wrote (email, lastname, name), values would be added in a different order.

So next part is VALUES statement. Here we specify our values to the previously specified columns. That way, each column represents a specific value. For example, in our case it would be like this: name = Thom, lastname = Vial, email = thom.v@some.com.

Another thing worth mentioning is that we just ran an SQL query using PHP code, SQL queries must be set between the quotes. In our example, everything between quotes and going after $sql = is an SQL query.

It simply displays a success message if the query which we ran was successful.

And the final part (22 – 24 lines) displays a different message in case our query wasn’t successful:

It will provide us an error message in case something is wrong.


PDO allows you to ‘prepare’ SQL code before it is executed. The SQL query is evaluated and ‘corrected’ before being run. A simplified SQL injection attack could be done just by typing SQL code in to a field on a form. For example:

As there is syntactically correct SQL code, the semi-colon makes DROP DATABASE user_table a new SQL query, and your user table is deleted. Prepared statements do not allow the “ and ; characters to end the original query and the malicious instruction DROP DATABASE will never be executed.

You should always use prepared statements when sending or receiving data from the database with PDO.

To use prepared statements, you must write a new variable that calls the prepare() method of the database object.

On to the correct code:

On lines 28, 29 and 30, we use the bindParam() method of the database object. There is also the bindValue() method which is very different.

If you update the script to replace bindParam with bindValue, you will insert into MySQL “Thom Vial” twice in the database and John Smith will be ignored.

If the query that we ran and insert into MySQL database was successful, we will see the following message:

In any other case, an error message will be displayed instead. For example, let’s make one syntax error in our code and we get this:

As we see, the first part of the code is good, the connection was established successfully, but our SQL query ran into a wall.

There is a syntax error which unfortunately, caused our script to fail. The error was here:

As you can see, we used curly brackets instead of the simple ones. This is not correct and caused our script to throw a syntax error.

On line 7 of the PDO connection, the error mode is set to ‘display all exceptions’. If this was left out of the script and the query failed, you would not received any error messages. With exceptions enabled, the specific problem is shown. This should generally only be used when developing a script as it can expose the database and table names, which you may prefer to hide from anyone who is trying to maliciously access your data. In the case above where curly braces were used instead of brackets, the error looks similar to this:

All of those errors can be fixed easily by following the error message guidelines or checking error_log.

After a successful data entry, we should see it added to our database. Here is an example of the table to which we added our data when viewed from phpMyAdmin. 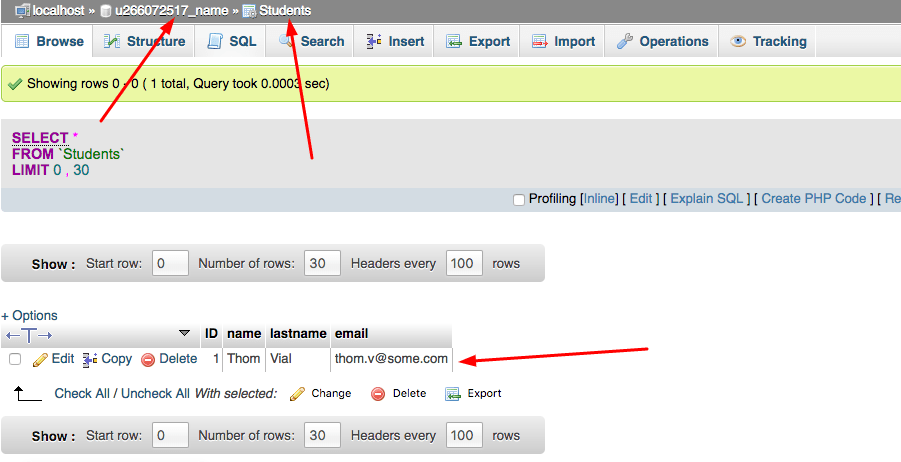 Tautvydas started his career as a technical support agent and now walks the path of full-stack development. He strives to produce top-notch features, improvements, and outstanding user experience with every line of code. In his free time, Tautvydas likes to travel and play old school video games. 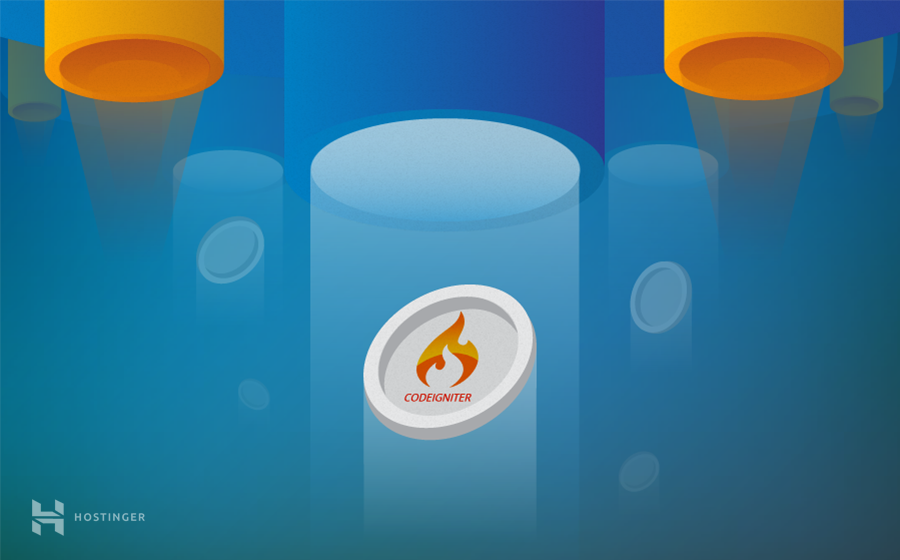 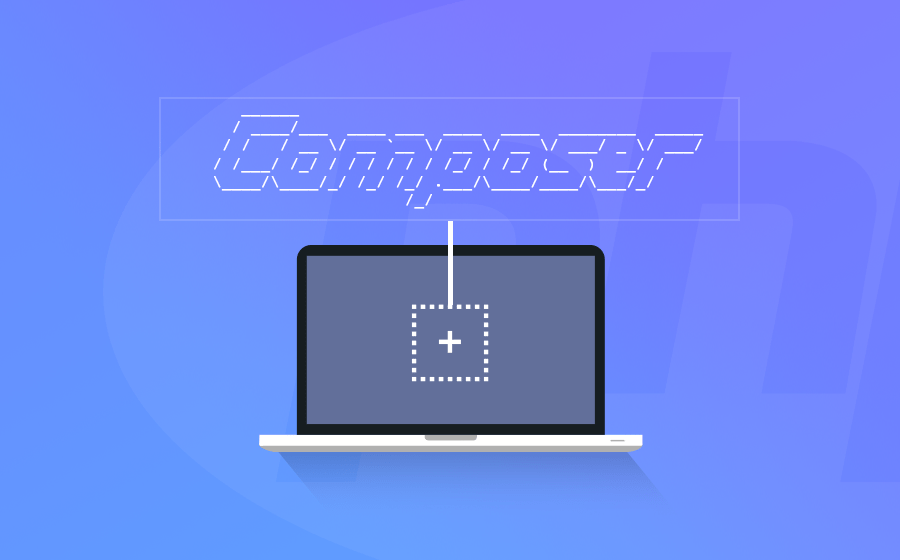 How to Install and Use Composer – The Complete Tutorial 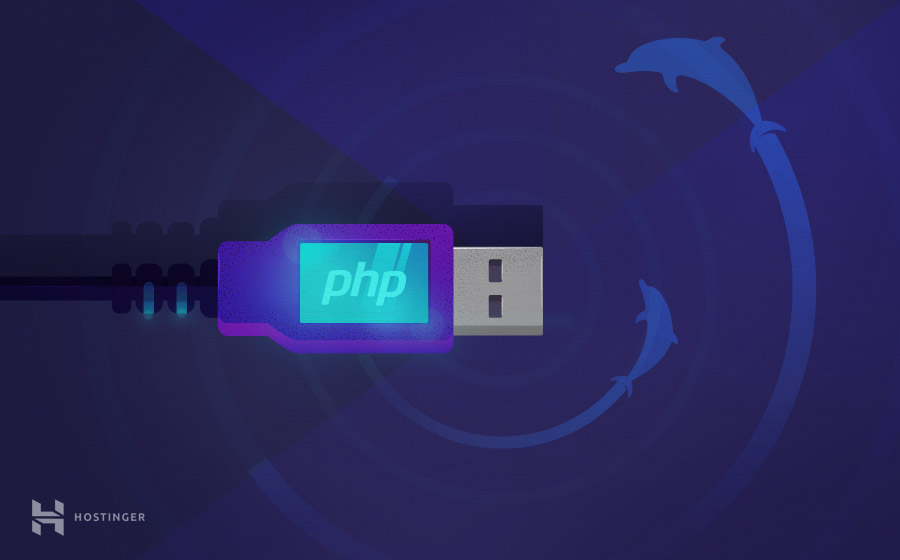 How to Connect PHP to MySQL Database

Hi, first and foremost, congratulations for your excellent tutorial. The only remark I feel like making is that in your tutorial it seems that it's necessary to use phpmyadmin to use PHP to Insert Data Into MySQL Database. Probably my question is naive or a bit silly and for that I do apologize; I've been studying these subjects on my own with a great passion by the way. So, please help me understand because I looked into many other tutorials on the Web without being able to find out the solution to my problem I had been looking for. Let me give you an example. I have created a form (let's suppose with a textarea to fill out with the a comment); upon filling in the whole form I wish to click on the button "submit". Let's also suppose that 1) I use php instead of Perl, Phyton and so forth. 2) I WANT to use the Maria DB SQL DATABASE MANAGEMENT SYSTEM. I should stress that, as far as I know but if I go wrong don't hesitate to correct me, MySQL is the world's most popular open-source RDBMS. It is extremely fast and is used by some of the most frequently visited Web sites on the Internet, including Google, Facebook, Twitter, Yahoo, You Tube, and Wikipedia. Recently, HOWEVER, some of these companies HAVE MOVED TO MariaDB. Fedora/RHEL HAS REPLACED MySQL in its repositories with MariaDB, and Wikipedia has also converted. Ubuntu provides both version. 3) the HTML 5, CSS 3 and all possible other files have been placed in /var/www/html on my Debian 8 remote Server (where I have set up Apache and built a Website, which for now I prefer not to write in the textbox below). 4) Now, and THIS IS THE CRUCIAL POINT I WANT TO MAKE, I wish to write a PHP script that allows me to store all the form data I submitted INTO a table of a database of MariaDB. And I want to do that without using phpmyadmin, which of course would simplify my task, I'm fully aware of that. BUT, to didactic purposes I'll be willing to tell you if you want, I don't wish any graphic interface at all. Now, a system engineer told me that what I'm gonna do is realizable and to go to Google to look for video tutorials, articles etc.... I wrote off and I hope to have made myself clear. In a few words I can't help wondering WHY in all the dozens and dozens of tutorials -that by the way are more or less copied out despite the Copyright laws- what is badly explained is how to get my target by using XAMPP, Windows, MySQL AND NOT MariaDB and php scripts that I tested but don't work - if you want I can email you them. I do believe you could create an extremely original tutorial by explaining what I wrote / pointed out. I thank you very much for your patience and I do hope to hear from you at your earliest convenience. With kind regards, Robert

wtf! What a waste of perfectly good letters Joking, right?

You are so great, the problem I have been facing for long has been resolved thanks to your guide... May God bless you!

I'm sorry.. but I've been following your suggestion but still cannot make it.

Hello, Aini. I'm sad to hear that you're having trouble :( Where exactly do you get stuck? Do you get any specific error messages while inserting data? Checking the error log could give you some good hints. Let me know how it goes ;)

Thanks for tutorial, can you also create a tutorial on how to query data or view data

I tried using the PDO example but it fails. I used a clean new .php file and table. I used a copy and paste with no modifications other than closing the at the end. Browser error: Parse error: syntax error, unexpected ':' in /var/www/html/hostinger.php on line 28 Line code: $my_Insert_Statement->bindParam(:first_name, $first_Name); Thanks.

I'm developing this on my local machine, however I do have a paid account at Hostinger. My previous post was filtered at the end, it should say the only modification I made was closing the php section. The internet says the error likely corresponds to a missing or extra parenthesis. I'm not sure where that would be though.